As the world rages in war and civil strife, a CIA agent arrives at a secret underground prison to interrogate a time-traveling terrorist who is responsible for the unfolding catastrophe. 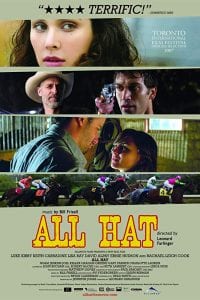 In southwestern Ontario, ex-baseball player Ray Dokes, upon being released from jail, returns to his rural hometown to stay temporarily with his deceased father’s Texan friend, small time horse breeder Pete Culpepper, until he has some footing in whatever the next phase of his life. Ray’s two year incarceration was…