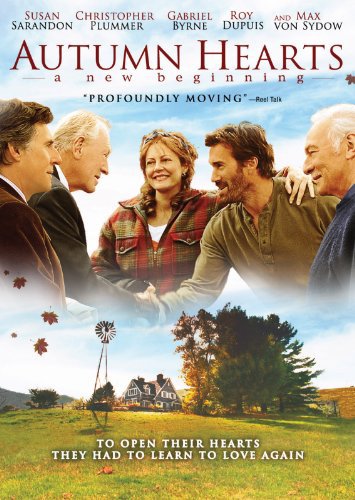 Overview
Semi-retired university professor David Winters and his wife and former student Melanie Winters née Lansing live on a hobby farm in the Eastern Townships of Quebec with their adult son Benjamin Winters and Benjamin's son, Timothy Winters. Their life is not totally harmonious due to David's chronic infidelity and Melanie's emotional instability, a result in large part of her growing up which she refuses to speak of to Benjamin, who knows nothing of his mother's childhood directly from her. Melanie has been institutionalized many times in her life and is on medication to deal with her mental issues. Melanie's passion in life is to follow many cases of political oppression in the world, this passion again due to her past life. In September 1985, Melanie, through this work, reconnects with Jakob Bronski who she knew during World War II when she was only a teenager when they were both interred at Drancy, a transit station outside of Paris where the government, in cooperation with the Nazis, housed Jews before they were sent to a concentration camp. An adult when they were interred, Jakob, a poet, has just been released from a Russian psychiatric hospital where he has lived for most of his life for killing a guard. Against David's wishes, Melanie asks Jakob to come and stay with them for as long as he wants. Along with Jakob comes Christopher Lewis, who was also interred at Drancy when he was a teenager, his internment despite not being Jewish himself. The three formed a special bond during their stay at Drancy. Jakob and Christopher's visit opens up a flood of emotions for Melanie about her past with the two people she considers the closest to blood relations and how it led to where she is today. But it also brings into light the Winters family dynamic as especially Benjamin learns more about his mother's life.
Tagline
—
Runtime
1 h 39 min
Country
Canada
Genres
Drama
Director
Paulo Barzman
Writer
Jefferson Lewis
Actors
Susan Sarandon, Christopher Plummer, Gabriel Byrne, Roy Dupuis, Max von Sydow, Dakota Goyo, Domini Blythe, Kris Holden-Ried, Regan Jewitt, Alexandre Nachi
Production
Arithmetic Ontario Productions Inc.
Producer
Anna Stratton, Suzanne Girard
Director of Photography
Luc Montpellier
Original Music Composer
Normand Corbeil
—