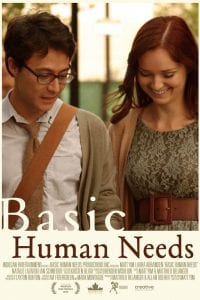 Basic Human Needs is a coming of age comedy that follows the lives of a young couple in Regina whose debilitating lack of ambition, and resistance to growing up, is put to the test when adulthood is abruptly thrust upon them in the form of a missing condom, a pregnancy…