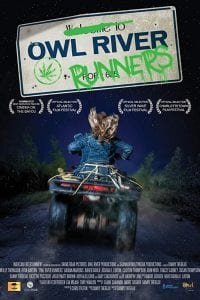 Jaime joyrides on the back-roads of Owl River, population: sinking. She’s going nowhere fast, and it’s the same in life. BFF Paula pressures her to apply to colleges, papa Hal just wants to keep her out of jive. But Jaime can’t know where she’s going until she knows where she…